Ruler and the collective consciousness of Anti-Spiral Race

The Anti-Spiral (アンチスパイラル, Anchisupairaru?, is both the leader of and the physical manifestation of the Anti-Spiral consciousness after they sealed themselves away to purge their race of Spiral Power. Their highly advanced technology gives them godlike powers, which when used appears as red energy. With these abilities, they are able to manipulate the laws of physics and quantum mechanics (going as far as altering probability), which they wield regularly both offensively and as a form of intimidation. The Anti-Spiral is the arch-enemy of Lordgenome, being responsible for Lordgenome's madness after explaining the nature of the Spiral Nemesis to him.) It serves as the main antagonist of the Tengen Toppa Gurren Lagann series.

Little is known of the Anti-Spiral personally. Due to the fact that they summarize the more basic traits of their race, their mannerisms are that of a scientist: they are very intelligent, since their race created the reality-bending Anti-Spiral technology, and they also are incredibly foresighted, having theorized the Spiral Nemesis long before the idea had approached any other species. Despite having cast away Spiral Power long ago, they still retain the unshakable will that defines the most powerful Spiral beings, as they always stood firm in their millennia-long battle against the Spiral beings right up until their demise, and never displayed any sign of self-doubt, even when Team Dai-Gurren managed to break free of their near-inescapable traps.

However, the Anti-Spiral's absolute refusal of defeat is notably different from that of the other Spiral Warriors (or at least Simon's), as their strong will is only derived from their own excessive hubris and bias towards other Spiral beings, as well as their apparent lack of faith in their ability to take the responsibility to restrain their power for the better of the universe as his people did. In other words, while powerful Spiral beings like Simon and Kamina derived their power from belief in themselves and each other, the Anti-Spiral did so from their total disbelief in all people like them.

Their pride leads them to hold deep contempt for all Spiral beings as well as their frustration at the Spirals' stubbornness similar to their own, paired with their unique blindness to the Spiral Nemesis and their ensuing defiance of their race and their ideology. The Anti-Spiral usually directs their hatred at Simon, since he could be considered the most powerful of all the Spiral Warriors, and therefore the one who embodies everything they stand against.

Their own immense power rivaling that of Spiral Power and unwavering opposition towards it makes the Anti-Spiral worthy of their title, as they are the quintessential opposite of all that is akin to the Spiral.

The Anti-Spiral is killed in Episode 27 by Simon and Nia in Lagann, killing the entire Anti-Spiral race in the process. Although they still think that their race was correct in restricting Spiral Power, they die asking Simon to take responsibility in protecting the universe from the Spiral Nemesis, to which Simon accepts. With his destruction, the Super Spiral Universe collapses and Team Dai-Gurren is returned to their dimension.

Their death in the 2nd movie, however, is different. Instead of using Lagann Impact, Simon fights the Anti-Spiral hand-to-hand and then turns his blood lost from the battle into a drill, charging the Anti-Spiral head-on and piercing through them. 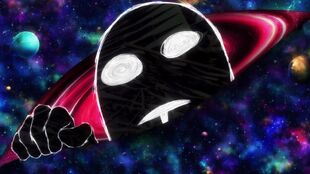 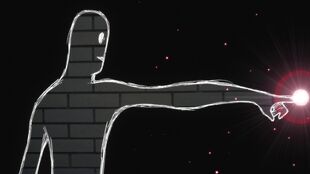 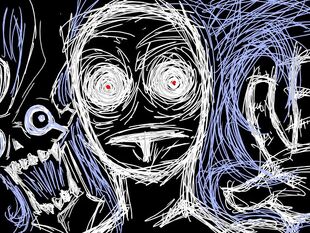