Not only is it the basis of strength for the main characters and all of mankind, but it is presented as a philosophy and a model of physics.

In the series' concept, Spiral Power is the power of evolution, generated by beings capable of doing so, like humans and other DNA-based animals, whose spiral double helix molecular structure allows them to get stronger through the generations. Spiral Power is what connects spiral beings to the universe and is produced by the energy generated by gametogenesis in living creatures to keep evolution moving forward. Beastmen, because they do not reproduce naturally, cannot evolve, thus are unable to produce Spiral Power. The amount of Spiral Power produced by an individual may vary and is based not only on its own limitations, but also its immediate will to survive and persevere.

Spiral Power has both infinite potential and applications - it has been known to regenerate and grow new parts on machines to a universal and multiversal scale, and even create tunnels through space-time. One of its most prevalent applications in the series is in weaponry: Spiral-enhanced ammunition provides phenomenal stopping power, making a simple shotgun capable of damaging a Mugann, while Spiral-based warheads and energy beams demonstrate destructive power far in excess of nuclear weapons. Furthermore, when a being's Spiral Power is truly awakened, they are capable of utilizing this power, outside of weaponry, remaining just as capable as they were with weapons. Another application mentioned by Gimmy in the final episode is the power to resurrect the dead, the only instances of use being when Kamina reappeared to break Simon and Yoko free of their trap. However, Simon and Leeron rejected the idea, seeing it as a hindrance to the future.

Lordgenome, whose own name contains the word genome, referring to DNA and its spiraling double helix, notes that it is the natural order of the universe to coordinate itself into a spiral arrangement. The spiral symbolizes the double helix structure of DNA, representing biological evolution, and the spiral structure of a galaxy, representing universal evolution. Simon's drill is used as a motif to symbolize the spiral theme throughout the series. At the same time, the drill motif symbolizes the strength to challenge or 'drill' through tough and insurmountable obstacles with each turn, similar to how a drill functions. This philosophy is defined by Kamina as one's "Fighting Spirit" and by believing in themselves and others, they can "Kick logic to the curb and do the impossible."

Spiral Power is specifically stated to defy conservation of energy, which in addition to explaining the creation of mass that is practically constant during battles, also carries danger if Spiral Power is overused.

Eons before the story begins, a certain race evolved enough to prosper across the stars through the use of their Spiral Power. However, discovering that the limitless evolution and power could one day lead to the destruction of the entire universe, an event they termed the "Spiral Nemesis", they abandoned the use of Spiral Power and sealed their bodies on their home planet, ceasing to evolve, and calling themselves the Anti-Spirals.

As the name implies, they also acted to repress other civilizations that used Spiral Power, fearing that they could also become a threat to the universe if left unchecked. Since Spiral Power comes from the will of its users, the Anti-Spirals tend to employ tactics specifically designed to induce fear, despair and hopelessness in their enemies. Anti-Spirals also tend to spare their enemies if they surrender but leave behind automated "defense" systems that will activate and attack a Spiral civilization if it grows too strong.

Since Spiral Power comes from willpower, it can be assumed that the equivalent creation was their embodied consciousness, Antispiral. 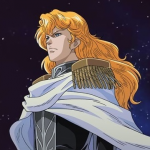 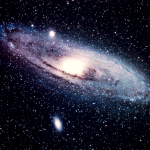 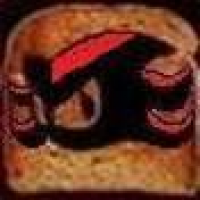